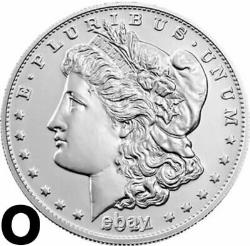 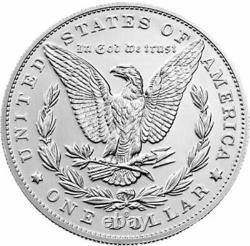 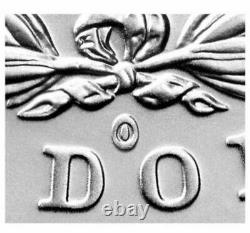 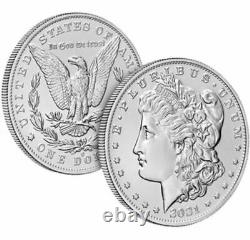 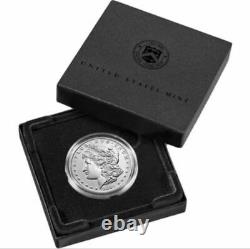 In a new collection of. At the United States Mint, 2021 Morgan Silver Dollar bullion coins are available in five variations honoring the 100. Anniversary of the final release of Morgan Dollars in 1921. Available to you in black presentation boxes with an included Certificate of Authenticity! Coins housed within in capsules!

Anniversary release of the Morgan Silver Dollar imagery! Limited total mintage of only 175,000 coins! Lady Liberty is on the obverse of the coins. Heraldic eagle of the United States on the reverse of the coins. Produced by the Philadelphia Mint with celebratory O mint marks for the New Orleans Mint.

All of the 2021 (P) O Privy Morgan Silver Dollars available here come with a capsule to house the coin. The New Orleans Mint ceased operations in 1909.

This iconic left-profile relief of Liberty was designed by George T. Morgan, who in 1878 was just starting his career at the United States Mint as an assistant engraver. Morgan was still working for the US Mint, having risen to the position of Chief Engraver of the United States Mint. In the reverse design of the 2021 (P) O Privy Morgan Silver Dollars is the heraldic eagle of the United States. This design features a bald eagle in front-facing relief with the arrows of war and the olive branch of peace in its talons.